At this time of year I usually take stock of where I stand in terms of unseen films from the canon. Since last year I’ve had the new yardstick of the ten-yearly Sight and Sound poll to work from, as a new poll appeared in 2012. At the time the poll appeared, there were 8 films I hadn’t seen in the top 100, and a further 25 or so I hadn’t seen in the top 101-250. I soon polished off the 8, which included some hard-to-see titles like La maman et la putain, A Bright Summer Day and Touki Bouki, along with some more slightly surpising omissions like Sherlock Jnr, Jeanne Dielman and 2 ou 3 choses que je sais d’elle.

I then moved onto the remaining titles in the 250, which involved watching some films which are very long and often rather challenging: West of the Tracks, Napoleon, Out 1, Berlin Alexanderplatz, City of Sadness, The Travelling Players. However, these were usually much less demanding and enjoyable than I’d been expecting, certainly in the case of the almost breezy Out 1. 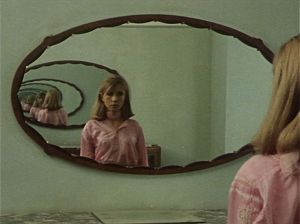 Elsewhere there were a handful of Ozu (I Was Born… But), Mizoguchi (Life of Oharu), Godard (Vivre Sa Vie) and Naruse (Floating Clouds) titles that I easily managed to tick off, and the 250 was soon after also a done deal. However in honesty there are a number of titles that I really need to watch again before I can convincingly claim to have seen them properly, because my viewings will have been incomplete or compromised in some way (Chelsea Girls and Histoire[s] du Cinema are the principle culprits here). 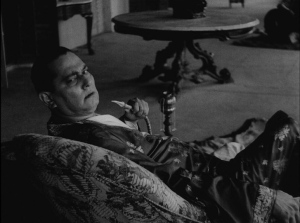 In a blog post last year I totted up the numbers of films I’d seen from the ‘great’ directors (also including some cult figures like Jesus Franco just to prove I’m not just an arthouse fiend), but as I said then, it’s quite an arbitrary process to identify a precise filmography for a director. In the end I decided to use IMDB totals, simply because there was no easier or fairer way. Of course these include TV films, shorts and documentaries. The trouble is the significance of such ‘secondary’ output varies enormously depending on which filmmaker we’re talking about. It would inconceivable to quantify Godard, Resnais and Herzog’s filmographies without their shorts and documentaries, but counting them for every director means that my viewing totals for the likes of Cronenberg and Hitchcock look shockingly incomplete when in fact I’ve seen all/nearly all their features. The totals are also rather meaningless when applied to directors working in the silent era, many of whom have lost works included in their IMDB totals (only 35 or so Mizoguchi films survive out of the 94 listed, and let’s not even get started on Allan Dwan’s absurd filmography). Although I’ve left the IMDB totals largely unmodified, I have tried to remove needless duplicates that clog up the listings (for example, I’ve not counted the various alternate language duplicates on Fritz Lang’s IMDB page).

So how I am doing? I’m obviously pleased with the headway I’ve made with Renoir – a director I was motivated to familiarise myself with simply because he’s so undervalued these days. And I’ve made some strides with Mizoguchi and Kurosawa. But last year I said I wanted to do better with Pasolini, Fassbinder, Chabrol, Resnais and Rohmer, and Rohmer is the only one I’ve made some very limited headway with (perhaps the release of the recent Potemkine box set might help with this, if I could afford it). Next year? Well, I’m gonna aim for more Fassbinder again, for sure.

Below are my current totals. Names in italics are non-movers this year, ie. I watched none of their films in 2013.

(I’ve excluded films I’ve already mentioned in this article above, like I Was Born… But and Out 1, which are obviously excellent, just to give me a few extra spaces in this tough-to-compile list!)