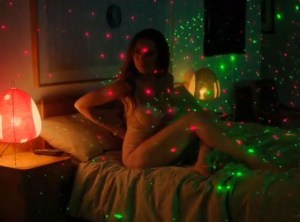 Three of my favourite film writers have come out in support of Paul Schrader’s largely dismissed digital effort The Canyons – Nick Pinkerton, Adam Batty and Andrew O’Hehir. As much as I respect them, and as much as I cherish their occasional contrariness, I can’t help feeling that cheerleading for a film maudit such as this is horribly misplaced, and whiffs of a strain of auteurist blinkeredness that’s far more vulgar and long in the tooth than any of the latest hipster memes.

The high priest of this particular strain of rabid auteurism is none other than Brad Stevens, whom I’m sure will similarly support Schrader’s latest abomination, having had previous form in this regard in his appraisal of the director’s similarly troubled Dominion: Prequel to the Exorcist. Stevens is always willing to go the extra mile in defending the latest duds from once-great directors, often torturously arguing that minimally interesting directorial touches provide the basis for reappraising films such as Clint Eastwood’s Hereafter, Dario Argento’s Mother of Tears, Arthur Penn’s Penn and Teller Get Killed, Woody Allen’s You Will Meet a Tall Dark Stranger and Michael Cimino’s The Sicilian. Somewhat more palatably, Stevens is also known for his steadfast support for the variable yet admittedly usually intriguing works of renegade outsiders like Monte Hellman, Abel Ferrara and Zalman King.

The latter of those is apt, because The Canyons in some ways resembles the early 90s, straight-to-video softcore cheapo aesthetic of the kind King used to peddle (I’m not the first to observe this), and it’s Schrader’s supposedly intentional embracing of this style that forms the basis of most of the positive spins on the film. With its opening shots of empty cinemas, occasional ruminations on the death of cinema, and its focus on vacuous characters wondering around a strangely cardboard-looking Los Angeles, Schrader is attempting a meta-textual essay on the devaluation of cinema as an art form, so say his adherents.

In reply I would ponder why Schrader and his once incisive screenwriter Brett Easton-Ellis so half-heartedly capture this sense of camp amateurism or dangerous excess. Sure there’s the stilted dialogue, ugly compositions, flat lighting and inexpressive performances, but what’s missing is the essential erotic edginess that Zalman King would bring to the party, in fact that he’d have to include in his films if he wanted to make a living. The plot here is so basic, so achingly dull, with barely a twist, a shift of gear or an unexpected nuance, that it lacks even the cheap thrill of a cynically constructed telenovela. The characters are vapid and despicable, but they’re not nasty or nearly cartoonish enough. Where is the noirish intrigue or the spice of melodrama?

It’s not as if we haven’t seen this kind of LA story hundreds of times before, from Beyond the Valley of the Dolls to Mulholland Dr. Those are both immeasurably superior films, but The Canyons comes up short even if we compare it to something from the same playing field, such as Paul Verhoeven’s Showgirls (itself perhaps the urtext of the vulgar auteurist school).

Adam Batty argues that the final shot of The Canyons represents another example of Schrader’s attempts to reformulate the ‘transcendental’ cinema of Robert Bresson into Hollywood formulae, having pulled similar tricks before in films like American Gigolo. I’m sure Schrader may well have intended it as such, but in truth his efforts are a base approximation of Bresson’s masterful technique – Bresson’s films end with jarringly unexpected spiritual awakenings for their main protagonists; The Canyons ends with a supporting character looking into the camera merely to give extra emphasis to a minor final twist.

The Bresson factor is probably significant because Schrader is well known for being the great Frenchman’s most prominent admirer in Hollywood circles, and he remains an undoubtedly immaculate cinephile of the most respectable order. And perhaps that’s why he’s often been given an easy ride from the critical fraternity – he comes across as “one of us”. I appreciate Schrader’s writings on Dreyer and Ozu as much as anyone and thoroughly enjoy his occasional columns for Film Comment. But critics and writers don’t often make the best filmmakers, and I can’t help but feel that Schrader lacks an appreciation of audience desires. In truth, when I look back at his filmography I see a fair few disappointments, missed opportunities and mishandlings of surefire material in there (making a boring film of the Patty Hearst affair is surely an anti-achievement of sorts).

The distinct lack of dynamism and immediacy in his work has always been explained away as an intentional tactic; Schrader’s methodological holdout from the ‘movie brat’ era, subverting traditional Hollywood pacing from within. But it seems self defeating when a smart, snappy script like The Walker ends up as an ambling affair when it should have strutted confidently.

Having said that, The Comfort of Strangers is a great film and I’ll concede that his three-film run of American Gigolo, Cat People and Mishima marks the high-point of his visual audacity and formal experimentalism. But at some point I wonder if we’ll look back at the ‘fittingly detached’ style of Patty Heast, the ‘suitably somnambulist air’ of Light Sleeper or the ‘brave genre subversion’ of Dominion and wonder if Schrader wasn’t quite as clever as he was often made out to be.