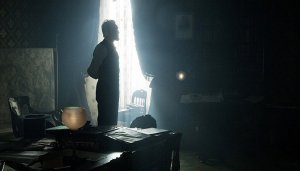 In the last few years the dialogue-driven procedural-thriller approach of Sidney Lumet’s All The President’s Men has risen to become very influential. The trend began with Zodiac (2007) and continued with The Social Network (2010) before two more examples this year with Zero Dark Thirty and Lincoln.

Spielberg has very intentionally decided to focus on the somewhat arcane political machinations and intrigue surrounding Lincoln’s attempt to pass the Thirteenth Constitutional Amendment through the House of Representatives, rather than go for a sweeping historical biography complete with scenes of soaring rhetoric and battle heroics. It’s one of the director’s periodic attempts to prove he can mix it not only with the younger generation of CG-marshalling fantasists but also the more thoughtful mainstream helmers such as the Finchers and Bigelows.  And as such it has to be qualified as a success because this is a solid effort from Spielberg; his most convincing directorial release since Minority Report a decade ago and one than banishes to the margins of one’s memory the juvenile failures of Tintin and the Crystal Skull, for the meantime at least.

Spielberg’s admirable attempt to go for the utmost historical accuracy, especially in terms of dialogue, makes for a believable and commendable drama, but mainstream audiences may be put off by the occasionally impenetrable thicket of Tony Kushner’s script. Indeed in its recreation of the 19thcentury as a spit ‘n’ grit infested swamp of backstabbing and rivalry, peopled by characters spouting furiously flowery diatribes, the film most resembles the HBO series Deadwood, which was canned after three seasons largely because its dense and profane dialogue precluded any chance of mainstream crossover.

The performances would be extremely impressive even if not for the dialogue, but the fact Daniel Day-Lewis has to deliver some extraordinarily tongue-twisting monologues elevates his technical achievement even higher in one’s estimation. Spielberg and Kushner have emphasised Lincoln’s penchant for seemingly aimless but always amiable jokes, stories and digressions, and as such the film fails or succeeds on Day-Lewis’ ability to navigate the rhythms and cadences of these lilting locutions. Day-Lewis does succeed and also manages to deliver the lines with emotion and meaning, a not inconsiderable achievement alongside the now obligatory chameleonic properties of his rare acting forays. Sally Field as Lincoln’s wife also gets a scene or two of hefty dialogue of her own to heave.

With its scenes of intricately drawn political skulduggery Lincoln also resembles another lauded HBO drama series – The Wire, specifically season three and its depiction of Tommy Carcetti’s mayoral campaign. In years gone past comparing a Spielberg film to TV output would be considered savage criticism but nowadays there is hardly a better compliment.  The fact that Lincoln has the confidence to treat its audience like adults and trust them to follow its dense and comparatively unrewarding trajectory is heartening, and further evidence that cinema audiences can be as sophisticated as those of HBO/NBC, following the successful transplanting of Aaron Sorkin’s similarly profuse verbiage from The West Wing to The Social Network.

Towards the end of the film Spielberg allows himself a few moments of classic, rousing Spielbergian sweep, as the 13th Amendment is passed, but it’s all plainly forgivable. He then plays a rather delicious joke on the audience around our expectations in regards to Lincoln’s assassination. Despite this climatic flurry and the film’s undeniable strengths it’s unlikely to be remembered as a classic or strike a lasting cultural chord, for reasons that are hard to pinpoint. Perhaps this little slice of Lincoln’s life is too slight of an acontextual excerpt for the film to succeed as a historical epic. But my hunch is that a big budget, liberal, historical drama that preaches the gospel of compromise over idealism may come across as duplicitous. After all, how many films of this ilk have we seen where hopeless idealism is posited as the virtue and compromise as the enemy?

The theme of compromise being an honourable victory is a common one to the more cynical contemporary political dramas, from The Candidate to The Ides of March, and good old Tommy Carcetti in The Wire, but maybe it seems out of place in a film that aims for more Saturday-night-at-the-movies scope and substance. To even be debating such issues of mainstream acceptability around a Spielberg film is of course a welcome rarity.